The image of the "Awakening" comes from I Samuel 3: 1-10. Samuel is a boy who ministers to the Lord under Eli, the priest. One night as Samuel is lying down within the temple of the Lord. the Lord calls, "Samuel! Samuel!" Samuel did not yet know the Lord, and the word of the Lord had not yet been revealed to him, so he did not recognize who was calling him. After the Lord calls Samuel three times, Eli perceives that it's the Lord calling. He instructs Samuel to respond with, "Speak, Lord, for thy servant hears." When the Lord calls again, Samuel does as Eli instructs and hears from the Lord.

"Awaken, O sleeper... and Christ shall give you light." 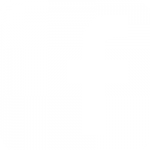 2. Donate to the community